Dust Jacket Condition: Very Good. Randy Lee Eickhoff continues his translation of the Ulster Cycle, often referred to as the Red Branch Cycle, the large corpus of work that is primarily responsible for establishing the cultural identity of today's Ireland. In this collection of Ireland's famous myths, Eickhoff once again proves his mastery of translation and his ability to give these classic tales new life.

Here he presents more than twenty stories that reveal ancient Irish culture as it's seldom been seen before.


All of the characters of Irish myth receive new life and are presented in vibrant and unique ways. In addition, by providing introductions to the tales, Eickhoff gives insight into the legends that formed the identity of a people. In the pre-Christian era, when warriors fought from chariots, Druids provided the mystical answers to the universe, and men and women believed strongly in magic, these stories begin.

Sprawling and wonderful. Rollicking, bawdy, sometimes hilarious, ultimately both tragic and glorious, the tale is of epic proportions yet never loses the human dimension. In retelling Ireland's premier myth, Eickhoff has been true to the land and the people. His translations are excellent, but of equal merit is the clarification that he brings to an intensely layered, often obscure story. This book is a joy and belongs in the library of everybody who loves Ireland.

Readers interested in mythology and Irish folklore will thrill to this fast-paced epic, which should please both scholar and layperson alike. At this day the whole neighbourhood round the hill teems with living traditions of Finn and the Fena. When not employed in training or fighting, the Fena spent the six months of summer—from the 1st of May to the 31st of October—hunting, and lived on the produce of the chase, camping out all the time: during the remaining six months they were billeted on the well-to-do people all over the country—fed and lodged free.

After King Cormac's death they became openly rebellious, claiming in some respects to rule even the monarch of Ireland. We have seen that the Red Branch Knights, and their contemporary heroes of Munster and Connaught, fought, rode, and raced in chariots; and that they erected immense duns or forts. In both these respects the Fena of Erin stand in complete contrast. In none of the tales or other literature of the Fena is it mentioned that they used chariots in battle, and they scarcely ever used them in any way, though during the whole period of their existence chariots were used all through Ireland.

Then as to duns: while we have still remaining the majestic ruins of many of the forts erected by the Red Branch Knights, as shown at page 39, there are, so far as I can find out, no corresponding forts in any part of Ireland attributed to the Fena in the ancient tales. Even on the Hill of Allen, where, if anywhere we might expect to find a mighty fortification like that at Downpatrick, there is no vestige of a rath.

No forts, large or small, that I know of, commemorate any others of the great leaders— Ossian , Oscar, Dermot O'Dyna, Goll mac Morna, Cailte mac Ronain, or Conan Mail, such as we have for Cuculainn, Keltar of the Battles, Cethern of the Brilliant Deeds, Curoi mac Daire, and others; though during their time forts were built by chiefs and people all over the country. To come to strictly historic times:—Ordinary War Service was of several kinds. Everyman who held land in any sort of tenancy was obliged to bear a part in the wars of the tribe and in the defence of their common territory.

The number of days in the year that each should serve was strictly defined by law: and when the time was ended, he might return to his home—unless some very special need arose. A chief or king, if required, was bound to send a certain number of men, fully armed, for a fixed time periodically, to serve his superior in war.

The men of the superior king's own immediate territory, with the contingents supplied to him from the several subordinate tribes by their chiefs, went to form his army. The tributary chief again made up the contingent to be sent to his superior, partly from his own household troops, and partly by small contingents from his sub-chiefs. The king had in his service a champion or chief fighting man, called Aire-echta —always a flaith or noble see page 77 , below —whose duty it was to avenge all insults or offences offered to the families of the king and tribe, particularly murder: like the "avenger of blood" of the Jews and other ancient nations.

In any expected danger from without he had to keep watch—with a sufficient force—at the most dangerous ford or pass—called bearna baoghaill [barna beel] or "gap of danger"—on that part of the border where invasion was expected, and prevent the entrance of any enemy. Kings and great chiefs almost always kept bodies of mercenary soldiers—commonly small in number and often as a mere bodyguard—under regular pay, something like the soldiers of our present standing army.


These men hired themselves wherever they could get the best pay. Hired soldiers are constantly mentioned in our ancient records. Bodies of Scotchmen, and of Welshmen, were very often in the service of Irish kings: and we also find companies of Irish under similar conditions serving in Wales and Scotland. The maintenance and pay of such soldiers was called in Irish buanacht , whence men serving for pay and support were often called "bonnaghts" by English writers of the time of Elizabeth.

The practice of hiring foreign mercenaries, which was commenced at a very early period, was continued down to the sixteenth century: and we have already seen p. These several bodies constituted a small standing army. Posted on 10th Nov by Ali Isaac. Most of us have heard of the Fianna, that courageous war-band of heroes and warriors who entered their glory days under the leadership of the greatest champion of them all, Fionn mac Cumhall. With a name like that,… Read More.

Posted on 19th May by Ali Isaac. Want more mythology?

Well, you've come to the right place. Enter your email address to receive my marvelous monthly myth posts direct to your inbox. Get Ali's Myths! 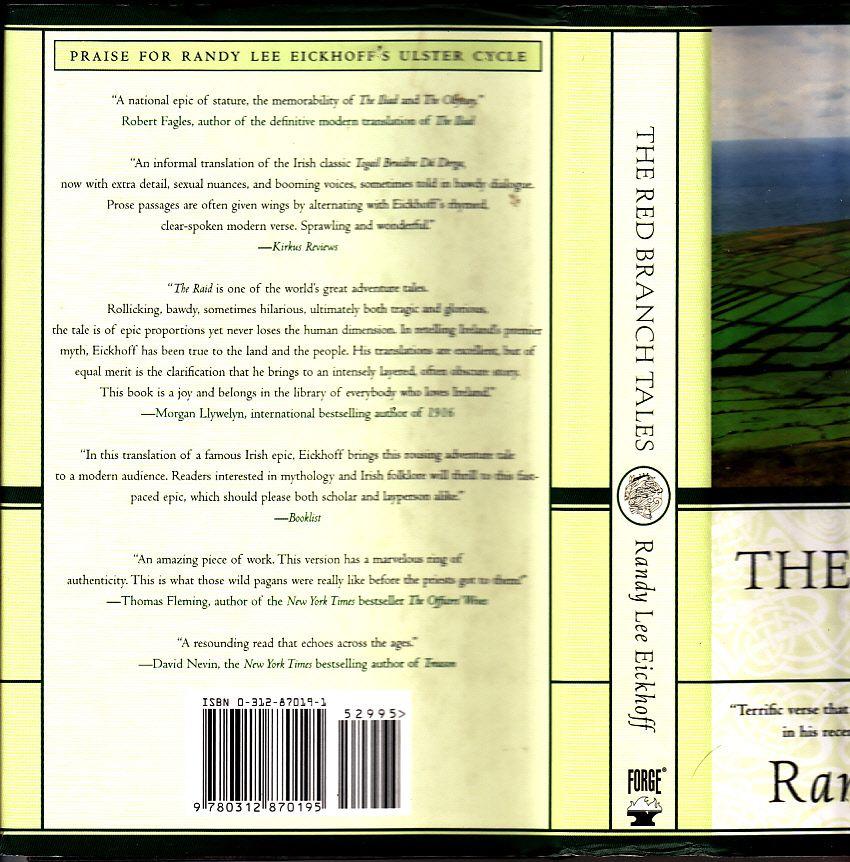